Mekong Delta: Can Tho – Vinh Long – An Giang

Many visitors spend a day or two in Can Tho, the delta’s biggest settlement, to take advantage of its decent hotels and restaurants and to recharge batteries before venturing out to the floating markets nearby. From Can Tho, there’s something to be said for dropping down to the foot of the delta, where the swampland that surrounds Ca Mau can be explored by boat, and Mui Ca Mau signals journey’s end in Vietnam. Pulling up, en route, at the Khmer strong hold of Soc Trang is especially rewarding if your trip coincides with the colourful Oc Om Bok festival (Nov or Dec), during which the local Khmer community takes to the river to stage spectacular longboat races. Northwest of Can Tho mean while, and a stone’s throw from the Cambodian border, is the ebullient town of Chau Doc, south of which Sam Mountain provides a welcome undulation in the surrounding plains.

The opening of the border here has brought a steady stream of travellers going on to Phnom Penh by boat, and several of them rest up a few days here before leaving the country. 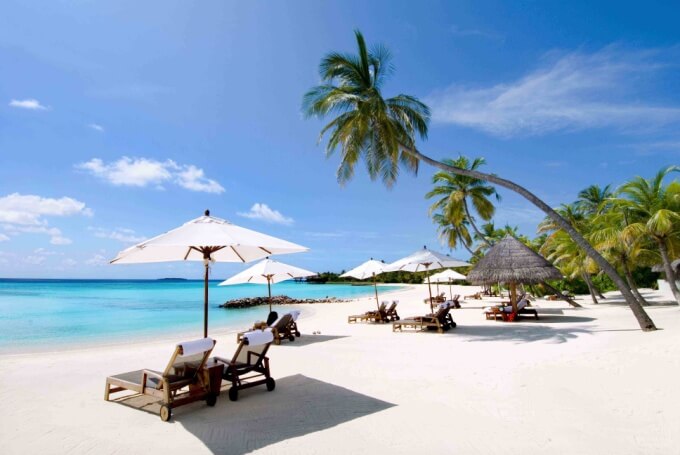 Welcome to the beach capital of Vietnam. Loud and proud (say it!) the high-rise, high-energy resort of Nha Trang enjoys a stunning setting: ringed by a necklace of hills, with a sweeping crescent beach, the city’s turquoise bay is dotted with tropical islands.

The beachfront has been given a huge makeover in recent years, with parks and sculpture gardens spread along the impressive shorefront, while the streets inland reveal a cosmopolitan array of dining options.

As the restaurants wind down, the nightlife cranks up – Nha Trang is a party town at heart, like any self-respecting resort should be. Forget the curfews of the capital; people play late in this town. If cocktails and shooters aren’t your flavour, there are some more sedate activities on offer. Try an old-school spa treatment with a visit to a mud bath or explore centuries-old Cham towers still standing in the centre of town.

This part of the country has its very own microclimate and the rains tend to come from October until December, a time best avoided if you are into lazing on the beach or diving in crystal-clear waters. 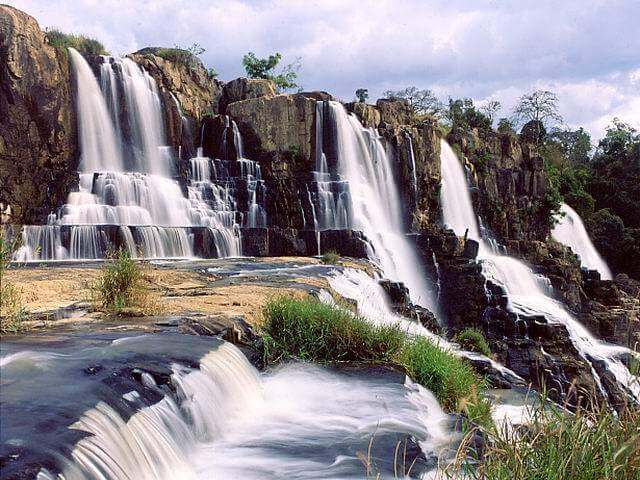 Dalat is the stepping stone to the Central Highlands of Vietnam. This former French hill station with its own mini replica of the Eiffel Towere stands at 1475 metres. It is a breath of fresh air both literally and metaphorically after the mayhem and humidity of HCMC. There are three likely points of entry to Dalat:

1. From the north via Nha Trang on the coast. The most common tourist route is up and down the coast travelling by open tour buses or train. Dalat is a short detour inland from the hub at Nha Trang.

2. From the north via the Central Highlands. Some more adventurous travellers will avoid the coastal route and head inland from Hoi An then go through the beautiful Central Highlands on the way to Dalat. Please note that permits are required to enter most of these central districts and travel with a guide and private transport is recommended.

3. From HCMC to the south. We left HCMC at 8.30 am arriving in Dalat at 3.30 pm. It’s only a 308 km journey but the roads are slow but that’s not a problem amidst such beautiful lush scenery. Dalat also has an airport 30km to the south of town with daily flights to and from HCMC. Dalat has long been a popular centre for domestic tourism attracting over 800,000 Vietnamese tourists a year. Average daily temperatures range from 15ºC to 24ºC so you’ll need to wrap up in the evening. The dry season is officially from December to March and the rainy season from April to November though we fortunately managed to avoid any rain at all. 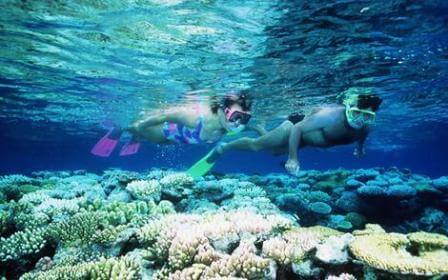 Isolated from the mainland, the Con Dao Islands are one of the star attractions in Vietnam. Long the Devil’s Island of Indochina, the preserve of political prisoners and undesirables, this place is now turning heads thanks to its striking natural beauty. Con Son, the largest of this chain of 15 islands and islets, is ringed with lovely beaches, coral reefs and scenic bays, and remains partially covered in thick forests. In addition to hiking, diving and exploring empty coastal roads and deserted beaches, there are some excellent wildlife-watching opportunities such as the black giant squirrel and the endemic bow-fingered gecko.

Although it seems something of an island paradise, Con Son was once hell on earth for the thousands of prisoners who languished in confinement here in no less than a dozen jails during French rule and the American-backed regime.

Roughly 80% of the land area in the island chain is part of Con Dao National Park, which protects Vietnam’s most important sea-turtle nesting grounds. For the past decade, the World Wildlife Foundation (WWF) has been working with local park rangers on a long-term monitoring program. During nesting season (May to November) the park sets up ranger stations to rescue threatened nests and move them to the safe haven of hatcheries. Other interesting sea life around Con Dao includes the dugong, a rare marine mammal in the same family as the manatee.

Many visitors to Con Son are package-tour groups of former VC soldiers who were imprisoned on the island. The Vietnamese government subsidises these jaunts as a show of gratitude for their sacrifice. The driest time to visit Con Dao is from November to February, although the seas are calmest from March to July. The rainy season lasts from June to September, but there are also northeast and southwest monsoons from September to November that can bring heavy winds. September and October are the hottest months, though even then the cool island breezes make Con Dao relatively comfortable when compared with HCMC or Vung Tau.

Change has been almost glacial, but with the arrival of the über-luxurious Six Senses Con Dao, the islands are now on the radar of the international jet-set. Travellers are discovering the islands as transport connections improve, but as flights are quite expensive (and the islands’ cost of living is approximately double the mainland’s), numbers are still small. 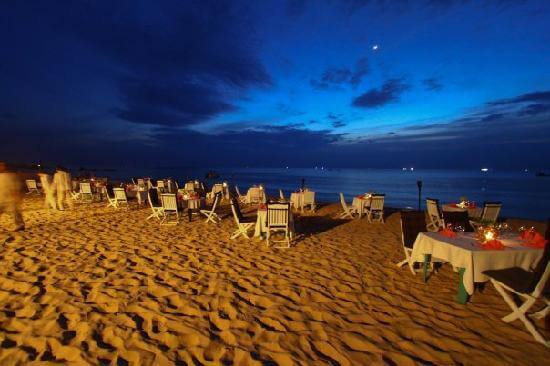 Fringed with white-sand beaches and with large tracts still cloaked in dense, tropical jungle, Phu Quoc rapidly morphed from a sleepy island backwater to a must-visit beach escape for Western expats and sun-seeking tourists. Beyond the resorts lining Long Beach, it’s still largely undeveloped, so there’s ample room for exploration and escaping. Dive the reefs, kayak in the bays, eat up the back-road miles on a motorbike, or just live the life of a lotus eater by lounging on the beach, indulging in a massage and dining on fresh seafood.

The most valuable crop is black pepper, but the islanders here have traditionally earned their living from the sea. Phu Quoc is also famed across Vietnam for its production of high-quality fish sauce (nuoc mam).

The island is also well-known for its hunting dogs, which have ridgebacks, curly tails and blue tongues. Muscular and energetic, they are said to be able to pick up their master’s scent from over 1km away (the nuoc mam their masters eat probably helps). Unfortunately, the dogs have decimated much of the island’s wildlife.

Despite development (a new international airport, a golf course, new roads and a planned ‘casino eco-tourism resort project’), much of this island is still protected since becoming a national park in 2001. Phu Quoc National Park covers close to 70% of the island, an area of 31,422 hectares. Phu Quoc’s rainy season darkens skies from late May to October, when the sea gets rough and a lot of diving stops.

The peak season for tourism is midwinter, when the sky is blue and the sea is calm, but it can get pretty damn hot around April and May. At the time of research, the road leading to Sao Beach in the south of the island was being widened and resurfaced to help improve access.

Graceful, historic Hoi An is Vietnam’s most atmospheric and delightful town. Once a major port, it boasts the grand architecture and beguiling riverside setting that befits its heritage, but the 21st-century curses of traffic and pollution are almost entirely absent. 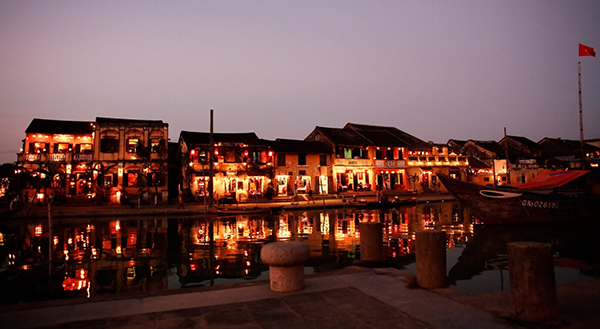 Whether you’ve as little as a day or as long as a month in the town, it’ll be time well spent. Hoi An owes its easygoing provincial demeanour and remarkably harmonious old-town character more to luck than planning. Had the Thu Bon River not silted up in the late 19th century – so ships could no longer access the town’s docks – Hoi An would doubtless be very different today. For a century, the city’s allure and importance dwindled until an abrupt rise in fortunes in the 1990s, when a tourism boom transformed the local economy.

Today Hoi An is once again a cosmopolitan melting pot, one of the nation’s most wealthy towns, a culinary mecca and one of Vietnam’s most important tourism centres.

This revival of fortunes has preserved the face of the Old Town and its incredible legacy of tottering Japanese merchant houses, Chinese temples and ancient tea warehouses – though, of course, residents and rice fields have been gradually replaced by tourist businesses. Lounge bars, boutique hotels, travel agents and a glut of tailor shops are very much part of the scene here. And yet, down by the market and over on Cam Nam Island you’ll find life has changed little. Travel a few kilometres further – you’ll find some superb bicycle, motorbike and boat trips – and some of central Vietnam’s most enticing, bucolic scenery and beaches are within easy reach. 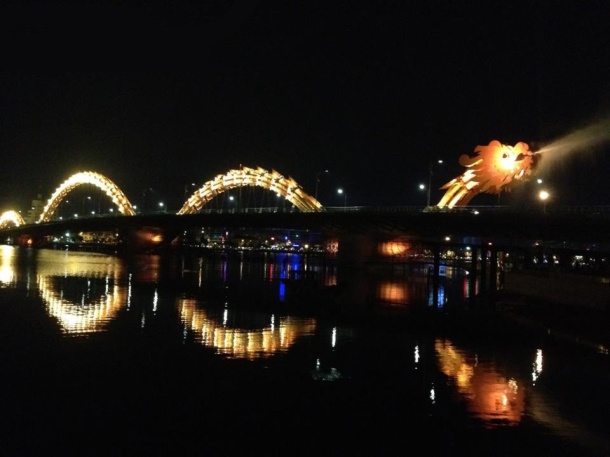 Nowhere in Vietnam is changing as fast as Danang. For decades it had a reputation as a provincial backwater, but big changes are ongoing. Stroll along the Han riverfront and you’ll find gleaming new modernist hotels, apartments and restaurants are emerging.

Spectacular new bridges now span the Han river and in the north of the city the landmark new D-City is rising from the flatlands. Venture south and the entire beach strip has been set aside for five-star hotel developments. Oh, and for good measure, a revamped international airport opened in 2012.

That said, the city itself still has few conventional sightseeing spots, except for a very decent museum. So for most travellers, a day or two off the tourist trail enjoying the city’s restaurants and nightlife is probably enough.

Danang also makes a great base for day trips. The city is part of a long thin peninsula, at the northern tip of which is Nui Son Tra (called Monkey Mountain by US soldiers). Beach and the five Marble Mountains lie southwest of the city.